Many new features and updates to existing features have been added in Version 8.5. These changes are listed below

In earlier versions, users had to open a .SQL file in WinSQL's query tab then run the script. Now there is an alternate mechanism to run large set of SQL queries.

Simply drag a Microsoft Excel spreadsheet from Windows Explorer to WinSQL's catalog tree to import it into any table in any database. 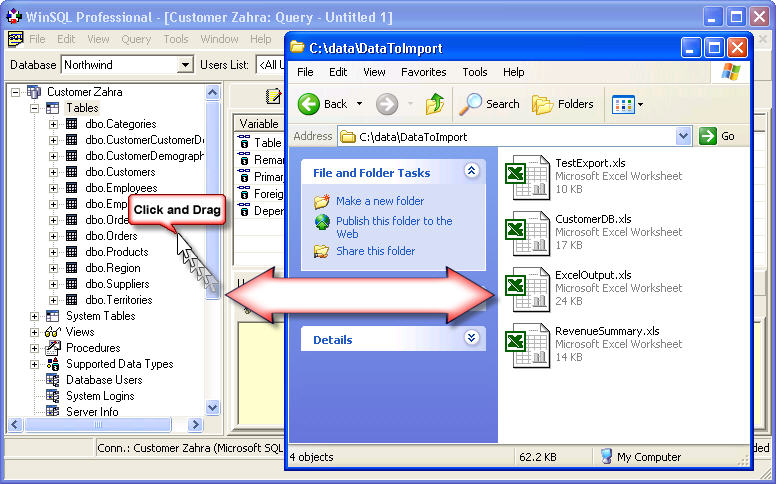 Dragging an MS Excel file in WinSQL's catalog tab invokes the Excel import wizard, which allows you to: Following images show a couple of screen shots in this wizard. 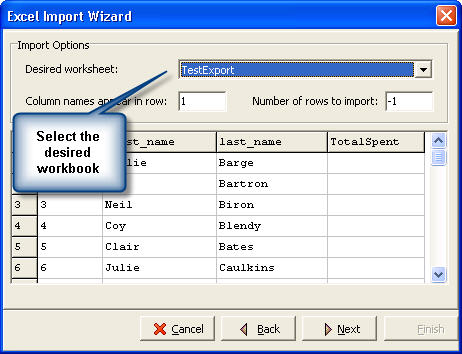 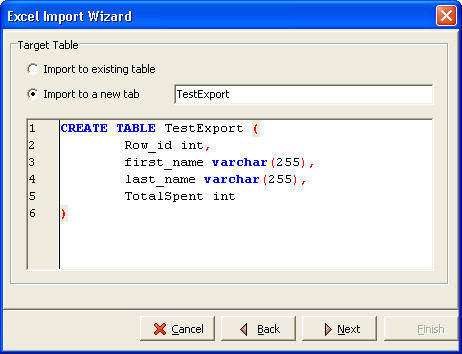 Easily open results from any query into Microsoft Excel.

IMPORTANT You must have Microsoft Excel installed on the machine. This works with any version of Excel greater than Excel 1997. 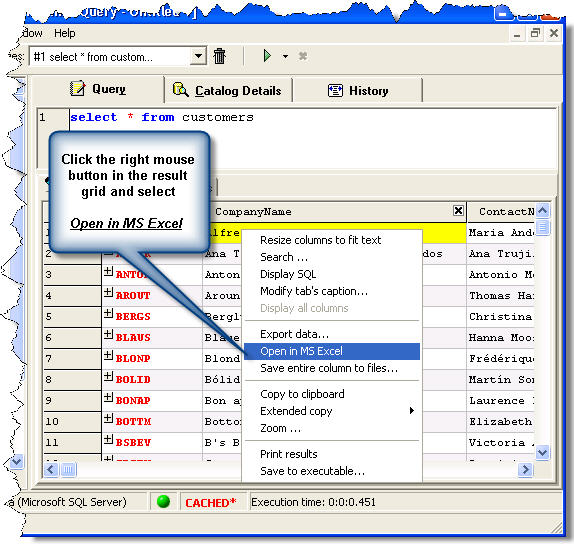 Creating executables from a query result is a power tool in WinSQL. Version 8.5 takes this to the next step by allowing parameterized queries to be embedded.

The following images display this feature with some screen shots. 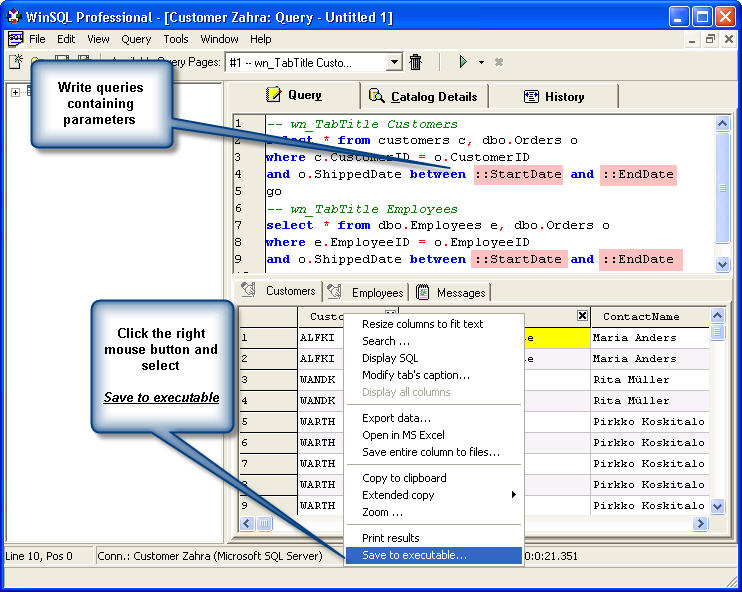 Once an executable file has been created, anyone can double click it to run it. A parameter value dialog box is displayed prompting the user for it values. 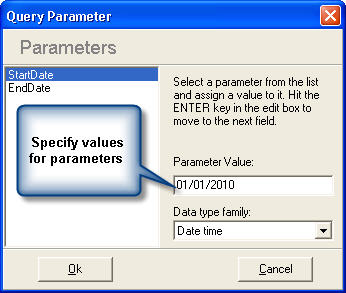 Finally, fresh data is displayed in the window representing the resultset of the two queries we used in this example. 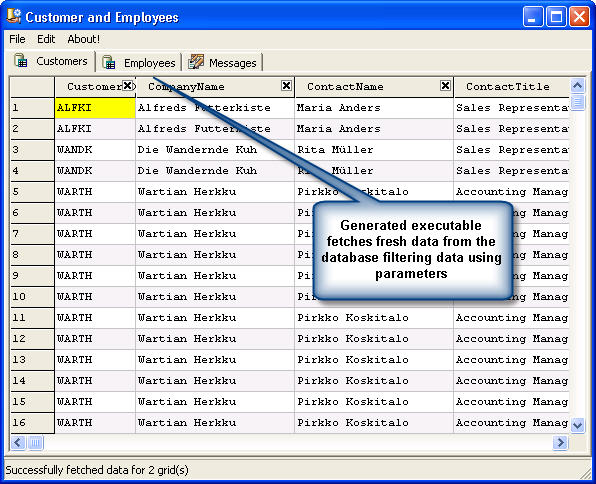